CLIPSTONE COLLIERY.
Possibly the finest piece of industustrial architecture in Nottinghamshire and even the UK, the structure has been abandoned with just minimal site maintenance for a long time since production finally ceased in 2003.  The twin winding towers which are a signicant landmark can be seen from miles around and were for a while the tallest in the country, the North tower being the slightly taller of the two at 215ft.
One of a number of mines in the heart of Sherwood Forest, the towers were erected in the early 1950's to replace the old steam winder system.  The design is German and many similar ones to these could be seen in the Ruhr Valley although almost all those have now been dismantled.  Single rope friction Keope winding systems were used and in the 1980's a major mechanical and electrical project to convert the South tower to a twin rope system was successfully accomplished.
Just about beyond repair, the winder motors and associated equipment have been completely trashed by criminals, with all of its copper and other valuable metal and materials removed.  It could and should have been better protected.  Had this been the case then the locals and in fact everyone in the country would have been able to access and celebrate a wonderful piece of industrial heritage perhaps like the Zeche Zollverine mine at Essen in the Ruhr Valley, Germany.  Zollverine is now a World Heritage Site, see here.
Clipstone was just as good. 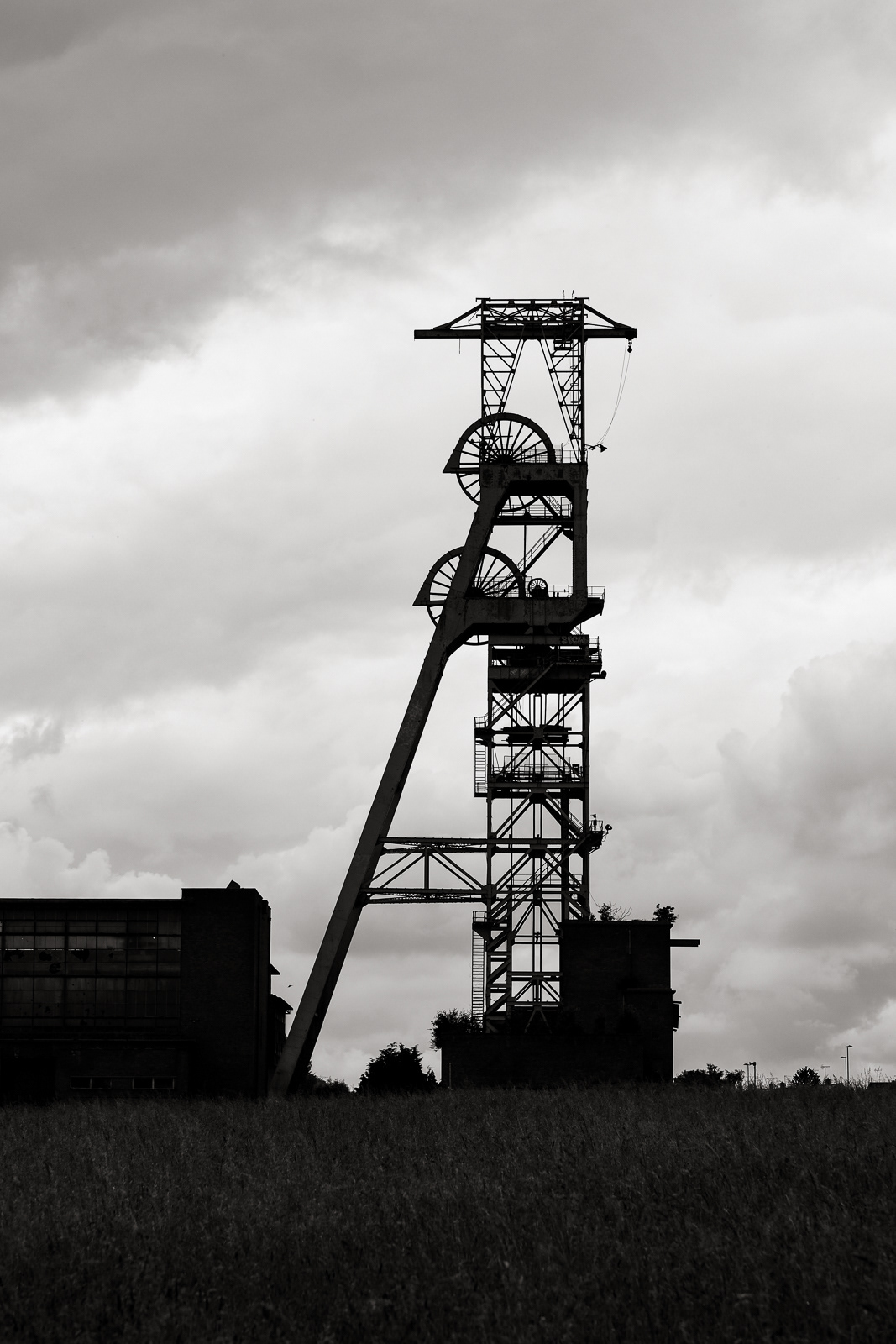 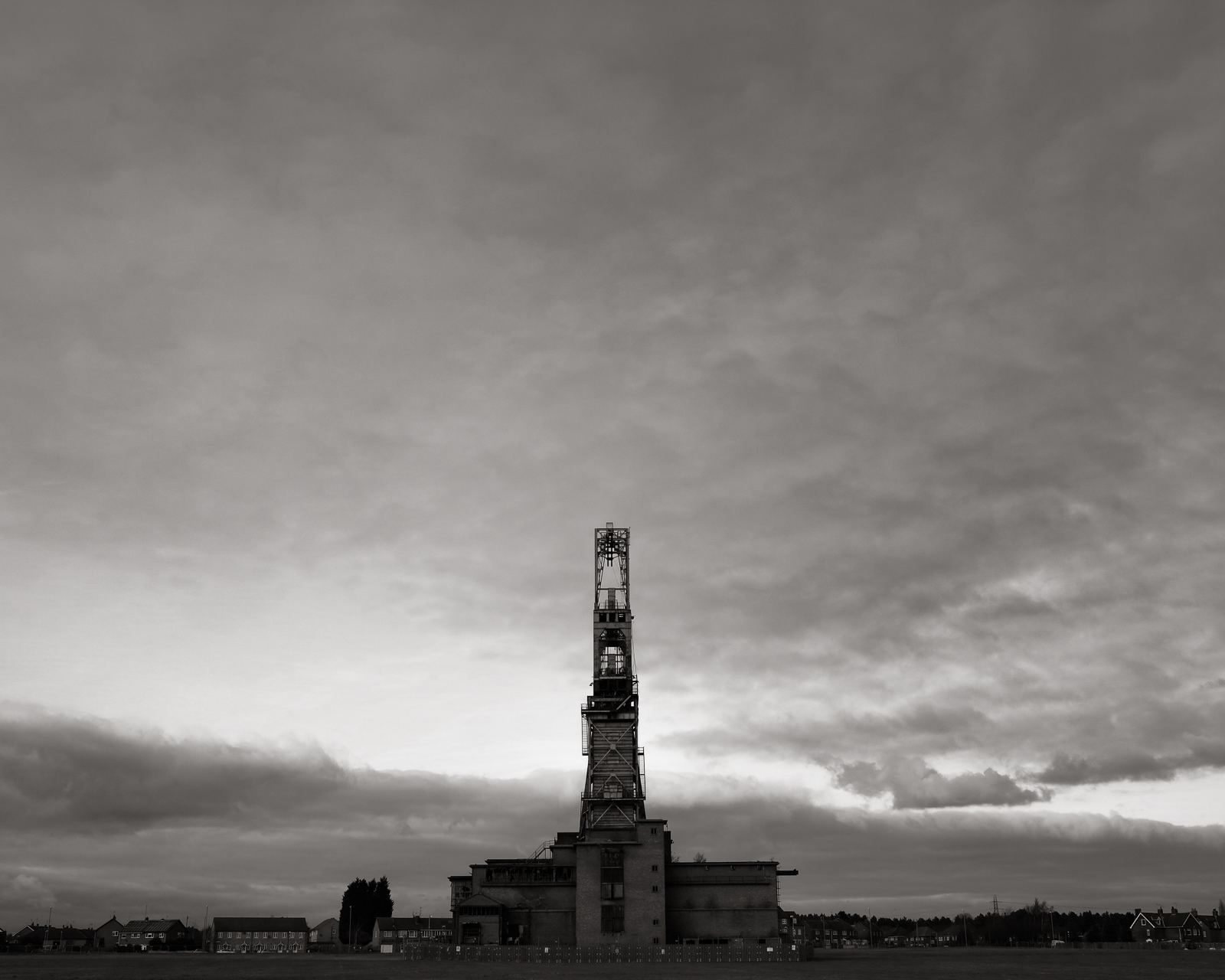 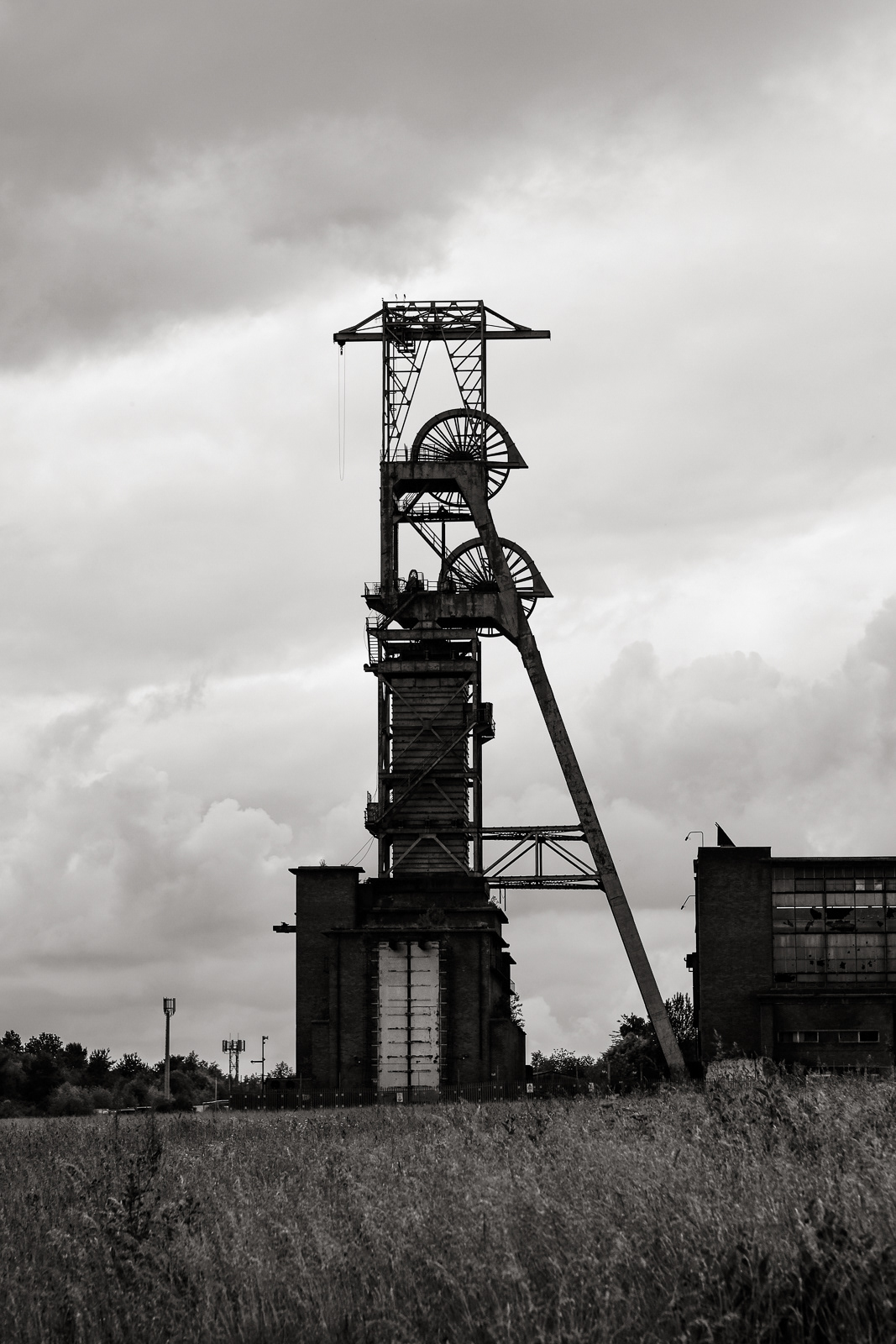 Taller of the two towers at approx 215 ft.